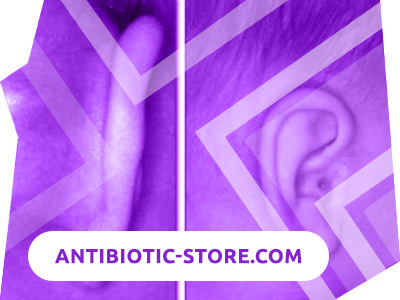 What is Mastoiditis in Children?

Mastoiditis is an inflammatory damage to the mastoid of the temporal bone (behind the ear), has an infectious origin. Mastoiditis can develop with infection or be a complication of acute otitis media. Clinically, mastoiditis is manifested by an increase in body temperature, intoxication, pain and pulsation in the site of the mastoid process, swelling, hyperemia of the ear, ear pain, and hearing loss. Mastoiditis occupies 5-10% of otolaryngological diseases in children.

Causes of Mastoiditis in Children

The causes of mastoiditis include:

Pathogenesis during Mastoiditis in Children

In children under the age of 6, the mastoid process is not developed, so in its place there is only an elevation, inside which a cave is located.

The mastoid process expands the temporal bone of the skull and performs the structural function of the reference point for the muscles of the neck. It contains several air cells, which in their appearance resemble honeycombs and come from the antrum. The lining of the mastoid process is the mucous membrane, which interacts directly with the eardrum. During the course of the disease, pus from the tympanic cavity enters the antrum (cave).

Mastoiditis occurs when a purulent infection passes from the middle ear affected by otitis media to the mastoid air cells. The infectious process causes inflammation of the mastoid process and surrounding tissues, and can lead to bone destruction.

In acute mastoiditis, the body has a direct bacterial infection in the mastoid process. The skin covering the mastoid process behind the ear becomes inflamed and, as a result, turns red, and the place itself is swollen. If the infection develops for 10-14 days, then the small, bone walls that form the honeycombs filled with air are destroyed. Such bone destruction is called coalescent mastoiditis. If the infection continues to affect the body and leads to the direct accumulation of pus under the skin behind the ear, an abscess appears, and then the infection can spread to the lateral sinuses, causing the appearance of a blood clot (thrombosis). The infection can also spread directly downward, creating an abscess in the muscle that is attached to the mastoid process.

Symptoms of Mastoiditis in Children

As mastoiditis progresses, significant edema can form behind the ear, protruding it forward. The hard bone under the skin becomes quite soft and pliable, which indicates an abscess. If the infection has become severe, then dangerous symptoms may appear, for example, facial paralysis, deafness, dizziness, meningitis and thrombosis in the lateral sinus, fever.

With mastoiditis, the behind-the-ear area becomes swollen, and the child complains of pain during palpation.

The respiratory and nervous systems of a child are affected by mastoiditis. The condition of the child can be either lethargic or hyper-excited – the child can cry, sleep poorly, and appetite is deteriorating sharply.

During the disease, the skin becomes pale and moist. The pulse quickens, shortness of breath appears, heart sounds are muffled.

In chronic mastoiditis, there is no change other than irregular pain behind the ear. Usually the chronic form is rather asymptomatic, with the exception of the time of exacerbation of the disease, then the pain becomes more profuse.

Symptoms of mastoiditis may coincide with the clinical picture of other diseases, therefore, differential diagnosis is necessary.

Diagnosis of Mastoiditis in Children

The diagnosis is made after:

Treatment of Mastoiditis in Children

The treatment of mastoiditis is determined by the doctor on the basis of the child’s age, general health, medical history, disease duration. Treatment takes place only in a hospital setting.

Treatment of mastoiditis usually requires hospitalization and a full assessment of the condition of the otolaryngologist. The child, in most cases, is prescribed antibiotics through an intravenous catheter. The doctor must make sure that the patient completes his course of antibiotics, which are selected depending on the pathogen.

In severe cases, surgery is necessary to drain the fluid from the middle ear. For this, a surgical procedure is used – myringotomy – placing a tube through a small hole in the eardrum to drain the fluid and reduce pressure from the middle ear. The tube is placed to prevent the accumulation of purulent fluid, and appropriate antibiotic therapy is prescribed. With myringotomy, the infection usually recedes easily. The tube is placed for a period of 6-12 months.

If the infection is serious, the doctor prescribes a mastidectomy – it is performed to remove the infected bone behind the ear. Hearing loss can occur due to a severe infection, especially if a cholesteatoma is present.

If the infection continues to spread despite antibiotic treatment, the following complications may occur: sigmoid sinus thrombosis – a clot in a large vein near the mastoid process, meningitis, brain abscess – an accumulation of pus and infection that can occur in the brain.

Early and proper treatment of mastoiditis is necessary to prevent the development of these life-threatening complications, which can lead to the following disorders: facial paralysis, deafness, dizziness, meningitis and brain abscess and their resulting diseases.

Prevention of Mastoiditis in Children

Preventive measures include the following: