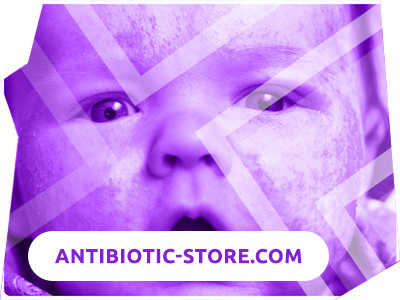 What is Rubella in Children?

Rubella is a common infectious disease, which is manifested by characteristic rashes against a background of moderate intoxication. Rubella is accompanied by regional lymphadenopathy and a hematological reaction. There are two forms of the disease – congenital and acquired, which have significant differences in the clinical manifestations and the mechanism of infection.

Rubella is widespread. Every 3-5 years fix rises. The disease has seasonal variations. In the cold season, the disease is most active. Epidemic outbreaks of the disease occur in organized children’s groups, as well as among adults (for example, in army barracks for recruits).

Children’s susceptibility to rubella is as high as measles. Rubella affects adults and children, but nevertheless, diseases of children 1-7 years old are more frequent. Children up to six months have innate immunity (in most cases), because among them rubella disease is very rare.

The source of infection is the patient. Others can become infected both in the incubation period and during the onset of symptoms. Healthy virus carriers are also contagious. 7-10 days before the rash, the virus begins to be released from the patient’s nasopharynx. It lasts 2-3 weeks after the rash on the skin began to appear.

If rubella is congenital, the virus is released even for 1.5-2 years after the birth of the baby. The infection is transmitted by airborne droplets. The children who survived the disease acquire a stable immunity.

Causes of Rubella in Children

Rubella is provoked by an RNA virus, gogavirus. The source of the rubella pathogen is a sick person. The virus begins to be secreted a week before the manifestation of exanthema and lasts 5-7 days after. In children with congenital rubella, the pathogen is excreted with the secretion of the nasopharyngeal mucosa, urine, and sometimes with feces.

Rubella is transmitted by airborne droplets and by contact. A pregnant woman carries out hematogenous (transplacental) transmission of the infection to the fetus. Thus, in children congenital rubella is observed.

The infection is located in the mucous membranes of the upper respiratory tract, sometimes in damaged skin, the virus multiplies and accumulates in the regional lymph nodes. The multiplied virus spreads with the bloodstream, infecting other lymph nodes and settling in the skin.

Rubella virus belongs to the genus Rubivirus of the Togaviridae family. RNA-containing particles have a diameter of 60 to 70 nm. The virus is destroyed at a temperature of 56 ° C for 1 hour. It is sensitive to ether. A frozen virus retains its properties for several (or many) years.

Pathogenesis during Rubella in Children

Rubella virus causes damage to the endothelium of the blood vessels of the brain, pia mater, swelling and ischemic changes in neurons, which are considered secondary to vascular lesions. Brain changes are described as productive necrotic encephalitis, productive leptomeningitis, necrosis with the formation of cysts and calcifications, productive vasculitis, proliferative changes in glia. Along with these characteristic features of congenital rubella are productive necrotic endophthalmitis with retinal detachment, productive uveitis, homogenization of the lens fibers with the formation of cysts in it, desquamation and proliferation of the epithelium.

If the mother suffered rubella in the first trimester of pregnancy, this leads to various malformations in the baby, which are detected after birth, most often there are heart defects, malformations of the eyes, deafness. After the 20th week of gestation, the risk of malformations decreases, but infection during these periods leads to a chronic disease with a predominant damage to the nervous system.

Congenital rubella syndrome is characterized by a wide range of manifestations, damage to many organs and systems. Most often, in newborns, damage to the nervous system (85%), intrauterine hypotrophy (75%), hepatosplenomegaly, thrombocytopenic purpura, and cataract are determined. In 15-25% of cases, jaundice, microphthalmos, pneumonia, retinopathy, and bone change are noted.

Neurological disorders are represented by meningoencephalitis in 60% of children, occurring with severe impairment of consciousness, convulsive syndrome.

Rubella virus initially multiplies in the child’s lymph nodes, and 1 week after infection it enters the bloodstream. The rash appears after 2 weeks. Rubella virus can be detected 7–9 days before the rash in the nasopharynx and in the blood. When a rash appears, the virus is found in urine and feces. The virus disappears from the blood a week after the appearance of skin rashes.

Symptoms of Rubella in Children

The incubation period after rubella infection reaches from 10 to 25 days. Signs of rubella are the appearance of a rash on the face and upper body, on the buttocks (the size of the rash is 3-5 mm, the rash is small, red, pink, round), fever up to 38 ºC, an increase in the occipital and mid-neck lymph nodes, inflammation of the mucous membrane mouth, runny nose and dry cough, malaise, weakness, headache, lacrimation, hyperemia of the pharynx and posterior pharyngeal wall, conjunctival irritation. In pregnant women, as well as in children, the above symptoms are observed.

The general condition of the sick child is initially slightly disturbed. The temperature in rare cases reaches 38 ° C, in most cases it fluctuates between 37.3-37.5 ° C throughout the entire period of the disease. Parents note a child’s malaise and lethargy. Older children may complain of muscle, headache, and joint pain. The rash is initially fixed on the face, but in a few hours it manages to move to the whole body. Localization areas – on the back and buttocks, extensor surfaces of the limbs around the joints.

The rash is spotty, in some cases papular, has a pink tint. The color of the skin under the rash is unchanged. The rubella rash is smaller than the measles rash; individual rashes do not merge. Only in rare cases, larger rashes are recorded, but, unlike the measles rash, the elements have a rounded shape. A rash with rubella in children is not abundant, it can manifest itself as only a few elements. The rash passes in two to three days, passes without leaving pigmentation or peeling.

A child may show a slight runny nose and / or cough. Conjunctivitis (very weak, without purulent discharge) can also appear along with a rash on the skin. Runny nose and cough may appear a day or two before the rash. Parents or a doctor may also notice slight friability of the tonsils. In normal cases, with rubella, an enanthema may appear on the mucosa of the soft palate, which looks like specks of a pale pink hue.

With rubella, peripheral lymph nodes increase, especially the posterior cervical and occipital. Lymph nodes are palpated, they are enlarged to the size of a large pea. They are enlarged even after the rash disappears.

A blood test allows you to detect leukopenia (a decrease in the number of leukocytes), relative lymphocytosis and the appearance of plasma cells (up to 10-30%). In some cases, an increased number of monocytes is also observed. Rubella can occur with erased symptoms or with an extremely weak manifestation of them, almost imperceptible. The course and outcome of the disease is favorable. Rubella in the vast majority of cases passes without complications. Only isolated cases of encephalitis and encephalomyelitis are recorded.

Diagnosis of Rubella in Children

According to CDC criteria, the diagnosis is considered confirmed if the child has typical clinical manifestations and the detection of IgM antibodies or a persistent positive result of the indirect hemagglutination reaction and the method of fluorescent antibodies.

Rubella can be visually diagnosed by a characteristic rash that appears almost simultaneously on the entire surface of the skin. Also, mild catarrhal phenomena (cough, runny nose) and an increase in peripheral lymph nodes help in the diagnosis.

They also diagnose the disease by a blood test (see Symptoms). Rubella is differentiated primarily with measles, a drug rash, and enteroviral exanthema.

Etiotropic therapy is carried out with recombinant interferon preparations (viferon in suppositories, intron A, re-afferon). Indication for their use is congenital rubella with signs of active infection, with the presence of IgM class anti-rubella antibodies in the serum. When diagnosing meningoencephalitis, corticosteroid hormones are prescribed (2-5 mg / kg of prednisolone per day).

Treatment of pregnant women is carried out by interferon and isoprinosine (an immunostimulating drug with antiviral effect).

Interferon, in addition to its antiviral and antimicrobial effects, is able to activate reduced immunity (increasing the phagocytic activity of macrophages and the spontaneous toxicity of natural killers), cause an antitumor and radioprotective effect, and affect many body functions, including the central nervous system.

Interferons for the treatment of systemic viral diseases are administered enterally and parenterally, they penetrate poorly into tissues and are quickly inactivated. Multiplicity of drug administration – 2-3 times a day. The main route of excretion is the kidneys.

Symptomatic treatment of neurological disorders includes drugs of dehydration and anticonvulsant therapy. If necessary, correction of malformations is carried out.

Rubella vaccine prophylaxis has as its main objective the prevention of disease in pregnant women and the development of congenital rubella syndrome in children by creating immunity in women of childbearing age and reducing the circulation of the virus among children.

Rubella prophylaxis in contacts is carried out by immunoglobulin (0.55 ml / kg) during the first 7 days after contact. However, preventing skin manifestations, the introduction of immunoglobulin did not prevent the development of viremia in 44% of patients. Such prophylaxis is recommended only at an early stage of pregnancy for women who do not have antibodies to rubella and do not agree to terminate pregnancy. In the case of contact of a pregnant woman with sick rubella, it is necessary to study her blood for antibodies. If antibodies are present, the risk of the disease is negligible and pregnancy can continue. If the result is negative, the sample is repeated after 3 weeks. (together with the frozen portion of the first serum). With a positive second test, infection is diagnosed. If the second test is negative, the study is repeated after 6 weeks, which completely eliminates infection.

In a number of countries, all pregnant women are given anti-rubella antibodies upon first treatment. A statement of infection in the first trimester of pregnancy is an indication for its artificial termination. Vaccination of pregnant women is not carried out, since in 1.6% of cases it can lead to infection of the fetus (without the formation of malformations).