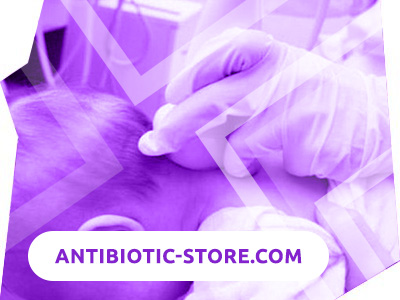 What is Occipital Epilepsy in Children?

Occipital epilepsy belongs to a heterogeneous group of diseases, the initial clinical and electrophysiological manifestations of which indicate the focal nature of epileptic seizures. Localization of epileptogenic foci is located in the occipital lobe due to the primary lesion. The disease can debut at any age.

Occipital epilepsy can develop with constitutional epipresumption or occur as a hereditary disease.

Causes of Occipital Epilepsy in Children

Pathogenesis during Occipital Epilepsy in Children

With occipital epilepsy, changes in the neuronal activity of the brain occur. In this case, an unexpected pronounced depolarization of neurons in the brain is observed, which leads to significant disturbances in the processes of thalamocortical interaction and an increase in the sensitivity of cortical neurons. The onset of seizures affects the excessive secretion of exciting neurotransmitters – aspartate and glutamate, as well as the lack of inhibitory neurotransmitters, primarily GABA.

Symptoms of Occipital Epilepsy in Children

Occipital epilepsy, like parietal, is characterized mainly by simple partial paroxysms without impaired consciousness. Its clinical manifestations are divided into initial and subsequent symptoms. Initial clinical symptoms are due to epileptic activity directly in the occipital lobe, while subsequent symptoms are the result of the spread of epileptic activity to other areas of the brain. The initial clinical symptoms of occipital paroxysms include simple visual hallucinations, paroxysmal amaurosis, paroxysmal visual disturbances, subjective sensations in the eyeballs, blinking, deviation of the head and eyes. Simple visual hallucinations are bright flashes of light in front of the eyes, glowing spots, circles, stars, squares, straight or zigzag lines. They can be either of the same color, or multicolor, motionless or moving horizontally in the field of view, rotationally, or approaching and moving away. Simple visual hallucinations, as an isolated symptom or as part of a more complex attack, always indicate the localization of the epileptogenic focus in the occipital lobe.

Paroxysmal amaurosis manifests itself in the form of fuzziness or temporary loss of vision. Patients usually describe their sensations as “blackness before the eyes,” less commonly, as “a white veil before the eyes.” Paroxysmal amaurosis is often combined with simple visual hallucinations, and sometimes with a migraine headache. Paroxysmal visual field disorders are relatively rare in the form of paroxysmal hemianopsia or quadrant hemianopsia within a few seconds or several minutes. Subjective sensations in the area of ​​the eyeballs are expressed mainly by a sense of eye movement in the absence of objective symptoms. This symptom is typical for occipital epilepsy. Blinking during epilepsy is noted at the very beginning of the attack, has a violent character and resembles the flutter of the wings of a butterfly. Deviation of the head and eyes is characteristic of epileptic paroxysms of various localization. In occipital epilepsy, deviation of the head and eyes is often one of the initial symptoms of an attack, with the head and eyes turning in the opposite direction. Epileptic activity often spreads to other areas of the brain, resulting in various clinical symptoms.

Diagnosis of Occipital Epilepsy in Children

An MPT study is performed to rule out local brain pathology. MRI is mandatory for the first occurrence of attacks of occipital epilepsy, has a high diagnostic value and allows in most cases to identify pathological changes in the occipital lobe.

Neuroimaging is aimed at identifying non-epileptogenic organic defects such as ventriculomegaly, arachnoid cysts.

The diagnosis is made after the above studies and differential diagnosis, which is carried out in an early form on the basis of circulatory disorders of the brain.

Treatment of Occipital Epilepsy in Children

Drug treatment for occipital epilepsy is indicated when observing frequent seizures or a violation of the patient’s quality of life. Attacks often affect the child’s psychosocial behavior.

The drugs of choice for partial seizures (without secondary generalization or secondary generalized) are carbamazepines and valproates. In general, in case of partial seizures, a number of drugs (carbamazepines, valproates, phenytoin, phenobarbital) are quite effective, but phenobarbital and phenytoin are not the drugs of choice due to side effects. In case of resistance to carbamazepines and valproates or their poor tolerance, new antiepileptic drugs are used, the most effective are antiepileptic, with partial forms of epilepsy, topiramate (topamax). Topamax is prescribed for children over 2 years of age with monotherapy in the first week of treatment at a dose of 0.5-1 mg / kg per day (the daily dose is divided into 2 doses). For children older than 2 years with topamax monotherapy, doses of 3-6 mg / kg per day are recommended. At the beginning of monotherapy, older children and adolescents should take 25 mg of Topamax once a day at bedtime for 1 week. Then the dose is increased with an interval of 1-2 weeks. 25-50 mg / day. The recommended dose is 100 mg / day, the maximum daily dose is 500 mg. With polytherapy in children over 2 years of age, the recommended total daily dose of topamax is from 5 to 9 mg / kg in 2 divided doses. Dose selection begins with 25 mg / day (or less – 1-3 mg / kg per day), the drug is taken at night for 1 week. In the future, with a 1-2-week interval, the dose can be increased by 1-3 mg / kg in 2 divided doses. In adolescents, the initial dose of topamax with polytherapy is 50 mg once a day at night for 1 week. Next, you should increase the dose by 50-100 mg every week until the selection of an effective dose. The average daily dose is 200-600 mg, the frequency of administration – 2 times a day.

In the treatment of occipital epilepsy, there is no need for long-term medication. The child needs a course of treatment from a psychotherapist, because the clinical symptoms of the disease without timely treatment can make the child socially unsuitable. The prognosis for the treatment of this form of epilepsy is favorable.

Prevention of Occipital Epilepsy in Children

For preventive purposes, doctors recommend that parents ensure that the child does not overeat, observe a milk and vegetable diet and daily regimen. Children with occipital epilepsy are not allowed to be at a high altitude and go hiking, climb mountains, stay near fire or in stuffy rooms, or by moving machinery. At the same time, children are shown walks in the fresh air and light physical exertion, children must observe the regime of work and rest.

Parents should worry about a calm family atmosphere, children with occipital epilepsy should avoid stressful situations (in kindergarten, school, at home).